Silvanus Phillips Thompson is well known in Electrical circles mainly because he wrote numerous books on Electricity. He also acted as a consultant for some electrical installations, but chiefly he was an educationalist.

He was born in 1851 at York, where his father of the same first name was a school-master at Bootham (Quaker) School. The family were Quakers and consisted of mother Bridget and 8 children, 5 boys and 3 daughters with Silvanus P being their second child. After schooling he went to the Quakers Training College at Pontefract, where he studied to be a teacher and obtained a BA at the age of 19. After trying his hand as a teacher, he then got a bursary at the Royal School of Mines at South Kensington to study chemistry and physics. He obtained a first class honours BSc. He stayed working at the RSM. He was admitted to the Royal Astronomical Society and the Physics Society and attending the well-known Royal Institution lectures. 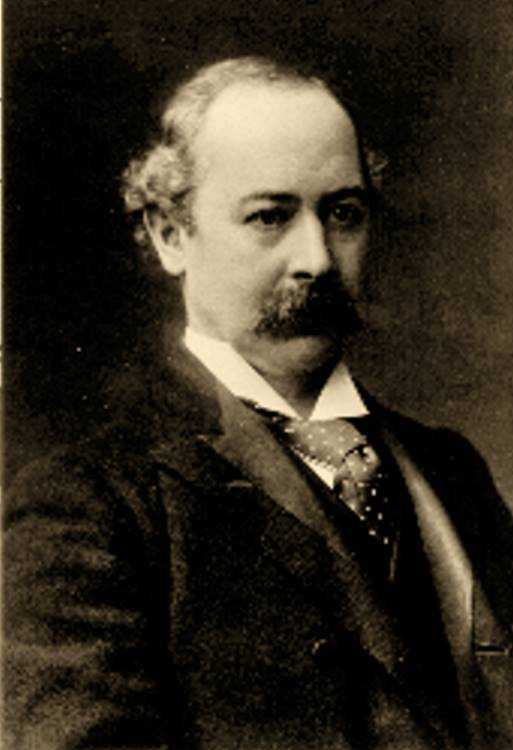 In 1867 he took up an appointment of lectureship in Physics at University College, Bristol. By the Spring of 1878 he felt confident to sit for a doctorate with the University of London, his chosen subjects were Optics, Heat & Sound. Later that year a Chair of Physics was established with a small endowment and he was elected to it. Thus at the young age of 27 he had assumed higher academic responsibility, that of a professorship.

He indulged in many scientific researches resulting in papers presented as public lectures, especially one at Dublin to the British Association meeting held there, at which his lady-friend, Jane Henderson attended as a reporter. As a Quaker he felt a social obligation to do something for the working classes. On many visits to educational institutes on the Continent, he realised that there was no adult technical educational system for the sciences outside of universities in England. In 1880 he visited the Glasgow home of Jane Henderson to ask for her hand in marriage. They were married in March 1881 at Glasgow's Friends Meeting House. He bought a house in Clifton, Bristol, close to the Downs with a short walk to the Avon Gorge where the happy couple settled down. Here he started writing text books on scientific subjects. In the same year of his marriage, he attended the British Association at York reading four papers in the company of high profile scientists, including the great Sir William Thomson (later Lord Kelvin).

In 1882 Thompson gave the Royal Society of Arts the annual series of lectures known as the Cantor Lectures on the subject of "Dynamo Electric Machinery". These lectures formed the basis of one of his most noteworthy books, which was published two years later. This may have contributed to his being elected at that time to the Society of Telegraph and Electricians (Later the Institute of Electrical Engineers). Again he visited the British Association meeting held in 1884 in Montreal. He accompanied William Ramsay, (the discoverer of inert gases), who had been appointed Professor of Chemistry at Bristol in 1880 and was in the company of famous people such as Oliver Lodge and Sir William Thomson again. They had the privilege of meeting Graham Alexander Bell. The Montreal meeting was the stimulus for senior British scientists to get together to form a strong collective lobby to pressurise the Government to give greater financial support for higher education.

To realise in how high esteem Thompson was held by his peers, it should be mentioned that he was on the periphery of the drafting of the first Electric Lighting Act in 1882 being involved in preparing a report on the General Advice on Draft Provisional Orders. This first Act was inhibiting to development, since it demanded that municipal corporations could acquire private electricity supply companies after a period of 21 years. This exercise put him in pole position to be invited to join the Committee for redrafting the legislation two years later, however the inhibiting clause was not removed until the 1888 Act.

As professor of Physics, you might have thought that this would have been excellent direction for him, but the Bristol University College was desperately short of money and this situation did not change until much later. So after 8 years, 2 as lecturer and six as Professor of Physics, he decided to move on. He applied to be the new Director of the City & Guilds of London Institute for the Advancement of Technical Education. He was keen to get involved in the general technical higher education, where he felt he could be of most use. He did not get the job, but later in 1885 he became Director of the Finsbury Technical College, which had been set up by the City & Guilds. At Finsbury, he would devote the next 30 years of his life to the advancement of technical education. 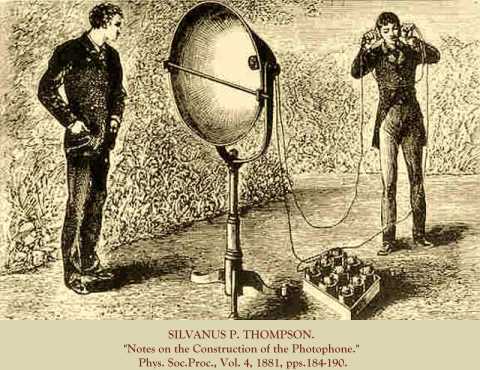 He moved to London with his family, which had grown in size with four daughters. Initially they settled in Arundel Gardens, Bayswater. The College was in the developing stage, having only opened in 1882 and therefore threw great demands on Thompson not only as Principal of the College, but also as Head of the Department of Physics. His demanding schedule included ten lectures a week some in the evening and in so doing managed to engender a high spirit of enthusiasm and loyalty in all concerned. In his first year the College had 156 day students and 912 evening students, drawn from (according to the Prospectus) apprentices, journeymen, foremen of industry and pupils from middle class and other schools. The College therefore fulfilled the function of technical finishing school and therefore was the first Technical College to be established in this country.

As well as being Principal of the College, Thompson was also Head of the Department of Physics, which meant that with the major role he was involved in much administration work. He appeared to be on good terms with the Governing Body, since they permitted him to do consultancy work, but they required him to get specific approval for each commission. At this time he was invited to be consultant to WD & HO Wills for their Bristol Tobacco Factory, which was then situated in Redcliffe Street. The installation he recommended, which was commissioned in May 1886, was for two 500 - lamp Edison/Hopkinson dynamos (i.e. DC) running at 700rpm and lighting 700 lamps using 16 & 20 cp Swan lamps.

As one can imagine, he was a very busy man, but it did not prevent him indulging in the many opportunities offered by the London technical scene. One of his earliest actions was to join the Royal Institution, so that both he and his wife could attend the Friday evening lectures, with the natural outcome that Thompson eventually should give some of them. He was described as a competent and skilled speaker both in scientific debate and social occasions. In 1891 Thompson was elected a Fellow of the Royal Society. At this time the family moved to a much more attractive suburb of Hampstead, from where he produced an astonishing output of published works.

In the next 30 years Thompson's research was prolific, mainly in the fields of electricity, magnetism and optics. These researches ended with the presentation of many papers to the Proceedings of the Royal Society and as much as a 100 papers to the Physical Society, many being published in book form. He was deeply involved in exploring Rontgen's X Rays and cathode ray with phosphorescence and fluorescence phenomenon. Thompson was the first President of the Rontgen Society (now The British Institute of Radiology) founded in 1897. Since 1918 they have an annual Silvanus Thompson memorial lecture for which they award a siver medal.

It is believed that his interest in this subject came about because his continued fascination throughout his career of Optics, a subject to which he devoted more time in his later years. Thompson wished to improve the status of those employed in the Optics Industry. Examinations for the Spectacles Makers' Company were instituted in 1898 and Thompson was invited to be the Chief Examiner. He was awarded Freeman of the City of London in 1899 and in the same year he became President of the IEE (now IET). In the following year he visited the famous works of Zeiss in Switzerland to ascertain their manufacturing techniques. The Zeiss Company was a workers' cooperative, which impressed him greatly, so he came back fired to improve the Optics Industry generally. The Optical Society was formed for which he became its President, overseeing a major Convention in London on the subject in 1912.

With Thompson a very busy man lecturing, writing numerous text books, attending lectures and conferences, the First World War loomed large over everything he was involved with. He had had difficulty with the Boer War earlier, being a Quaker and pacifist, but this time things were very different. He dissociated himself from any technical work, which he deemed to be militaristic. He had great difficulty coming to terms with what was happening in mainland Europe, but he carried on working and death overtook him in 1916 at the relatively young age of 65.